This unusual building was an orangery within a formal water garden. Acting as the centre piece the building in its Victorian heyday it had unfortunately fallen into disrepair. The spine wall separated the glass house form the potting sheds and apple store. Internally this dividing wall incorporated decorative columns, in the Tuscan order rendered in roman cement. (a mix of hydraulic lime and septeria) the stucco had begun to delaminate and required conservation, which was undertaken by specialist plasters, using a mix of hydraulic lime and coloured sands to match the original colour.

Our client wanted to preserve the building, but felt that an alternative use would be appropriate, to extend the lifespan of the building. The use of a glass house was not considered viable in this location. We secured consent to change the building into a holiday let, this change meant that the building fabric, particularly the roof had to change. We opted for a slate roof as this could cope with the low pitch and would not detract from the Victorian appearance. The joinery was restored and adapted to take double glazing. Internal finishes were chosen to suit the orangery vernacular. 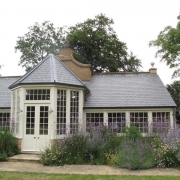 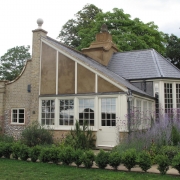 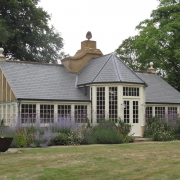 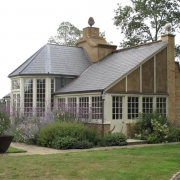 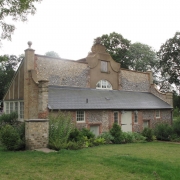 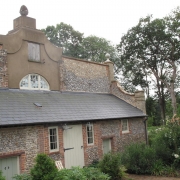 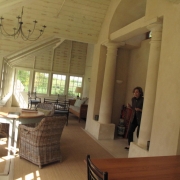 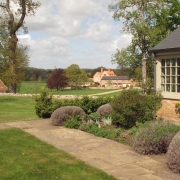 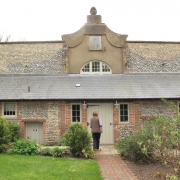